Well done to the Loreto Chess team who competed in their first ‘Leinster Chess Secondary School finals’ yesterday (Tuesday 28th March) in the Louis Fitzgearld hotel. The team consists of Ashly Jacob (5T), Aulbright Nyih (2Q), Adedoyin Obikoya (5T) and Ella Ward (5T). The team came first in the girls section and are now through to the Secondary Schools finals. Congratulations to the team! Also well done to Aulbright Nyih and Ashly Jacob who achieved second and third place respectively in the individual girls section. The finals will take place on Friday April 28th in the Southcourt hotel in Limerick. We wish the team the very best of luck!  Click for photos 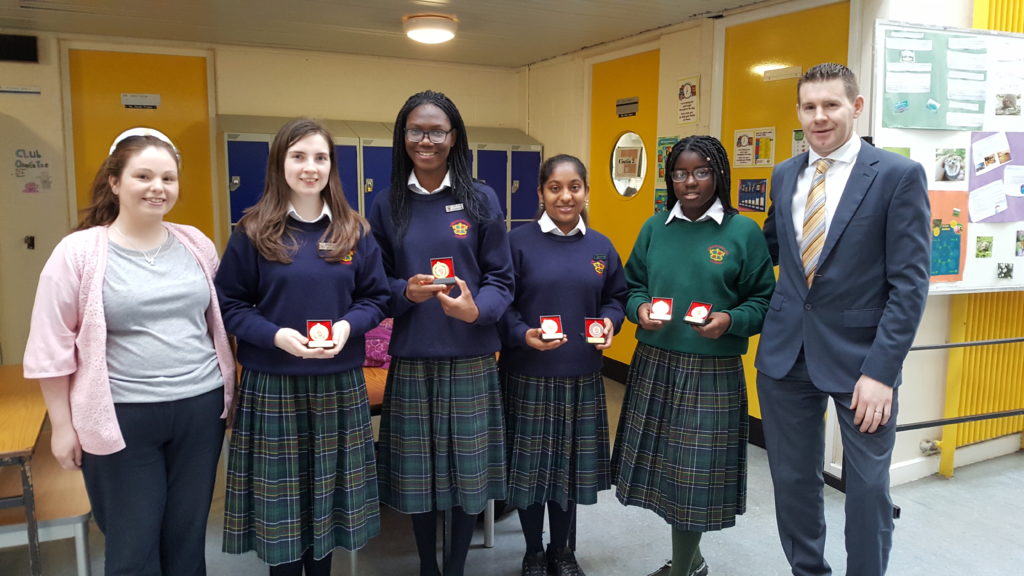