News Paper Article about the Day

In April 2014 Loreto College, Swords became a Guinness Book of Records Holder when we organised an Easter Bonnet Hat Parade in aid of Charity with proceeds being raised for Loreto Rumbeck –   Click Here to join in the fun.

Loreto College Swords has its origins in the vision of an English woman, Mary Ward (1585-1645). She pioneered a new type of religious life for women, predicting the influence of women in time to come – in families, in public life and in the Church. Due to this conviction and in response to the needs of her day she chose the education of girls as the particular apostolate of the newly founded Institute of the Blessed Virgin Mary (IBVM). 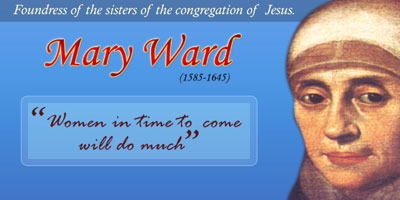 Almost two hundred years later the institute was introduced into Ireland by Frances Teresa Ball who established the first house of the Irish Institute in Rathfarnham in 1821. As more women joined the Institute, now known as Loreto, Frances Ball established nine schools in Ireland and schools in India, Gibraltar and Canada.

Loreto College, North Great Georges’s Street, began as a boarding and day school for girls in 1837. The boarding section closed in the late nineteen fifties and the day school continued until 1988 when it transferred to Swords.

The building of Loreto College Swords began on 1st March 1987 and opened its doors to the students who had transferred from North Great Georges’s St to complete their second-level education in Swords on 1st September 1988. One hundred and twenty first years began their education in Loreto Swords on that day also. Most of the teachers from North Great George’s St. transferred to Swords.

Having the same teachers made the transfer for the students from 2nd year on much easier and ensured a continuity especially for those doing Junior and Leaving Cert in 1989. Ten new teachers also joined the staff of Loreto in September 1988, bringing the staff number to 37 full time teachers. 552 students in all came through the gates of Loreto College Swords for the first time on the 1st September 1988.

Sr. Marie Celine Clegg, Principal, welcomed Minister for Education, Mary O’Rourke, herself a Loreto past pupil and teacher, who performed the opening ceremony. The chief celebrant of the concelebrated Mass was Most Reverend Dermot O’Mahony, area bishop. In his prayer of solemn blessing of Loreto College, Bishop O’Mahony prayed that this centre of learning would always be a home of truth and wisdom, of faith and goodwill towards all.

Our tenth anniversary was marked by a special mass in May 1989 to which many of our past pupils returned and were warmly welcomed back by school principal Sr Carmel and staff.

To cater for the ever-increasing numbers an extension was added to the College in 2004. Two new meeting rooms, an extended general office and a new classroom were added to the existing building.

There is a strong sense of belonging to one international family and of sharing a common identity through our founder Mary Ward. Currently there are more than 150 schools and colleges, with 70,000 students, 5,000 staff members and hundreds of thousands of past pupils in Australia, Canada, England, India, Ireland, Kenya, Mauritius, Morocco, Peru, South Africa, Tanzania, United States and our newest foundation in Sudan.Here, in Loreto Swords, Sister Agnes has been on the staff since the transfer from North Great George’s St in 1988. Sr Agnes made an invaluable contribution to the students and staff in her role as Matron.  It was with much sadness that we said goodbye to Sr. Agnes in June 2014 on her retirement from the school.