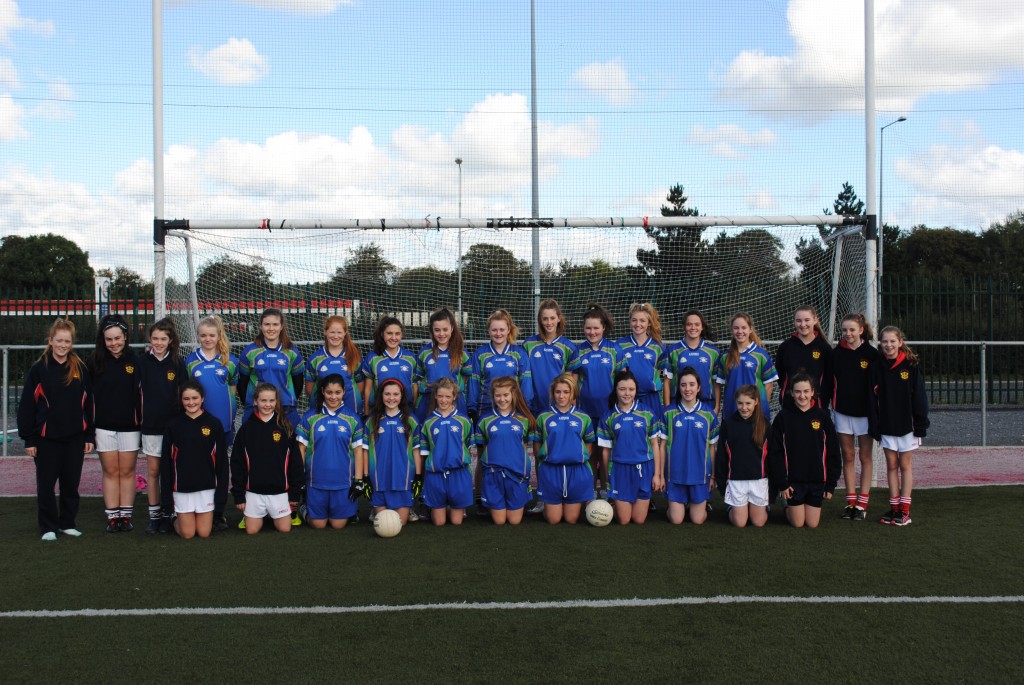 Ladies Gaelic Football is recognised as the fastest growing sport in Ireland in the new millennium. The number of women playing the sport is at an all time high and coverage by both press and television is unprecedented in the modern age. 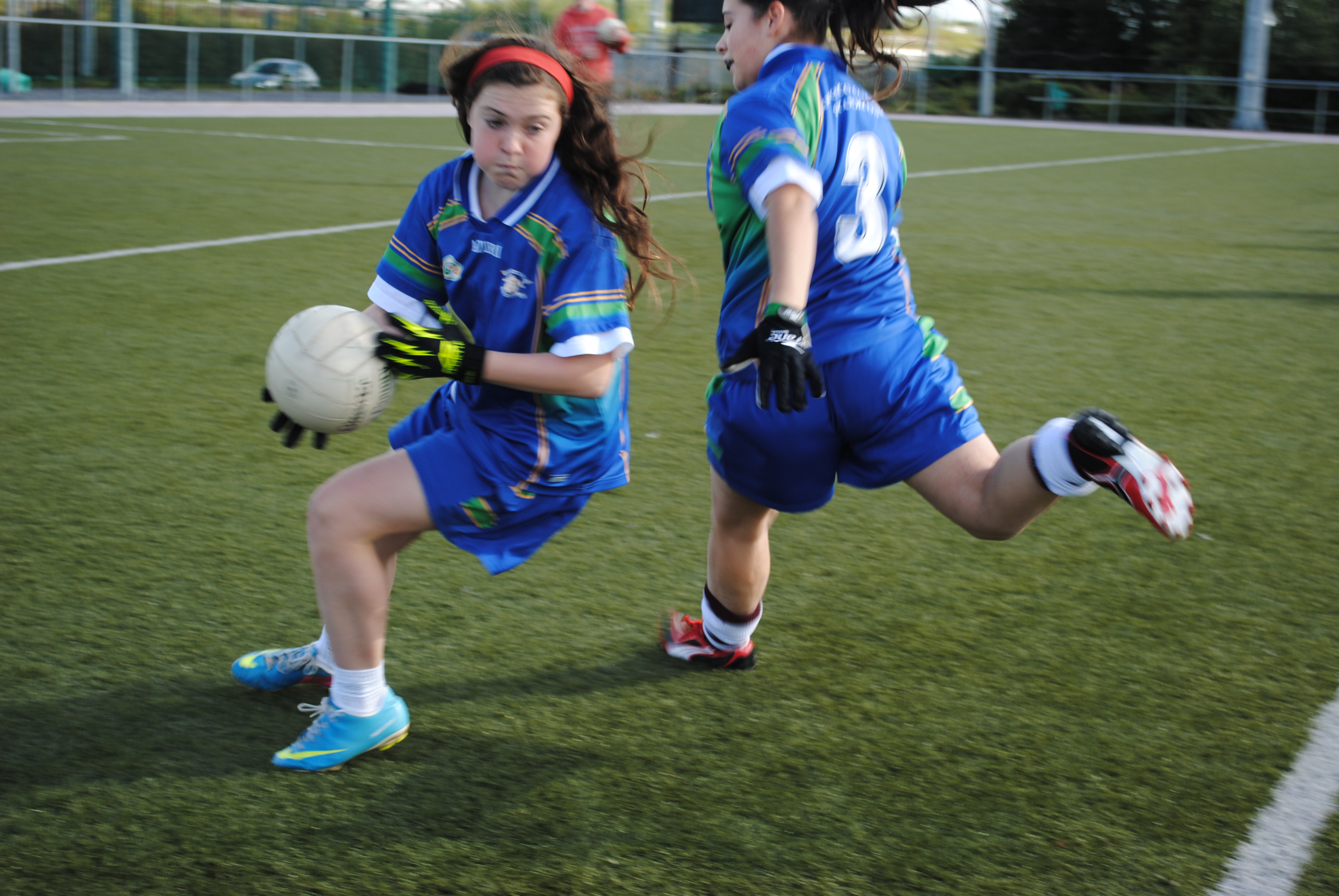 The students of Loreto Swords were in the vanguard of this change from spectating to participating. In 1998 the 1st official ladies Gaelic football team boarded a coach to head for Tallaght to compete in the Leinster U.16 ‘C’ league.Students persistence throughout the previous year led to 2 teachers Michael Behan and Maureen Gallagher agreeing to coach and train the fledgling footballers.

Strong club support from Fingallians and St. Finians, Rivervalley meant that jerseys and pitches were available in the initial stages. Anthony Behan Menswear became our 1st sponsor and green jerseys and yellow cuffs were to be worn proudly as the team marched through Leinster to reach the U.16 ‘C’ final which played in Parnell Park in May 1999. 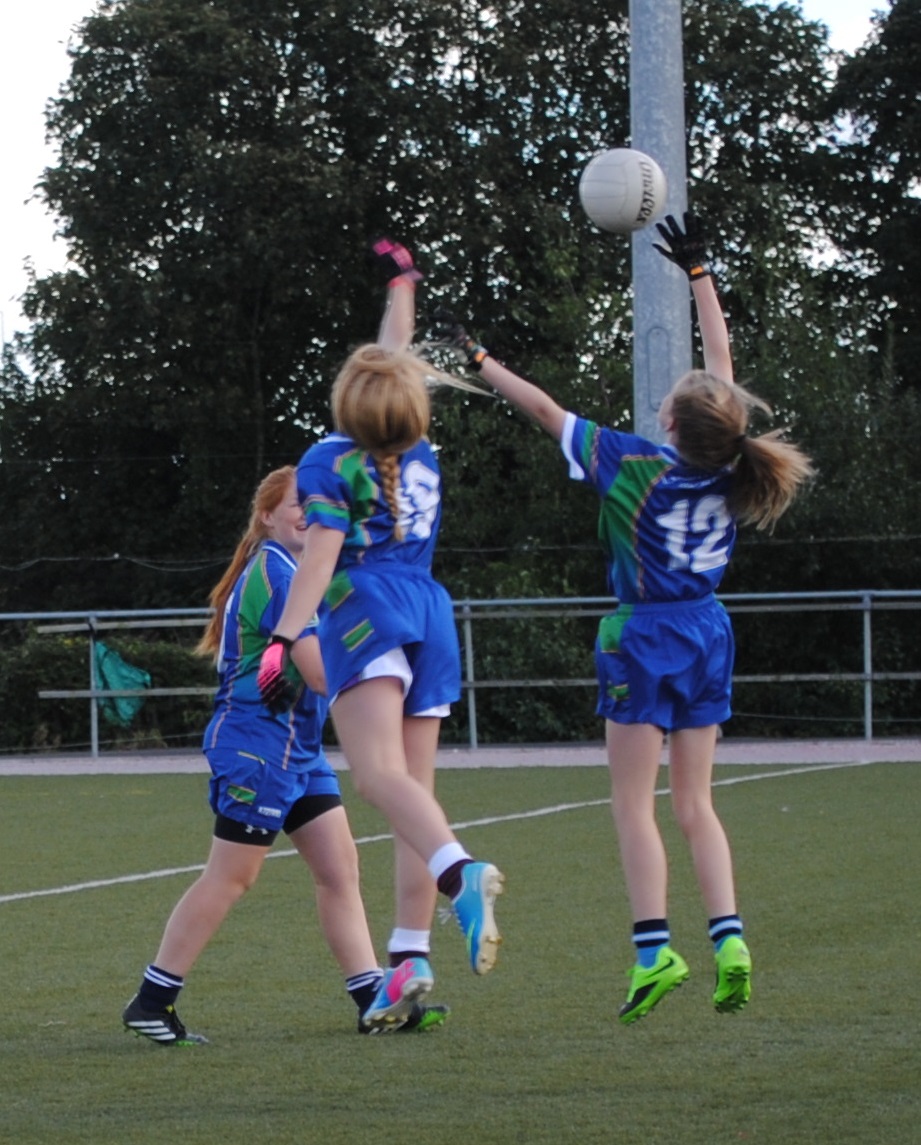 Now equipped with new jerseys, due to fundraising and thanks to sponsorship from the Parents’ Committee, hopefully the Gaelic football in the school will continue to prosper and flourish. Any success, development and interest in Gaelic in the school would not have been possible without the greatly appreciated hard work, time and effort given by the dedicated Gaelic manager, Mr Michael Behan. A new age begins with Ms Angela Goucher and Ms Sarah Byrne as we go into the 2013/14 season.