After a tough, hard-fought competition at the F1 in schools competition, we’re proud to announce that Team Evolution comprising of Patrycja Krzemien, Lara Murphy, Adedoyin Obikoya and Ciara Greene have been successful in progressing to the National Final on April 29th. The Team and their teacher Ms. Aoife Whelan travelled to Griffith College on March 13th to compete at the Regional Finals. The team were thrilled when it was announced that Team Evolution also won Best Website as well as Best Junior category at the event. The Formula 1 D-Type car the girls designed and manufactured for the F1 in schools competition raced along a 30 meter track in 1.218 seconds. A special thanks to the teams supporters and especially to their teacher Ms. Aoife Whelan who encouraged and motivated them all the way, thank you! 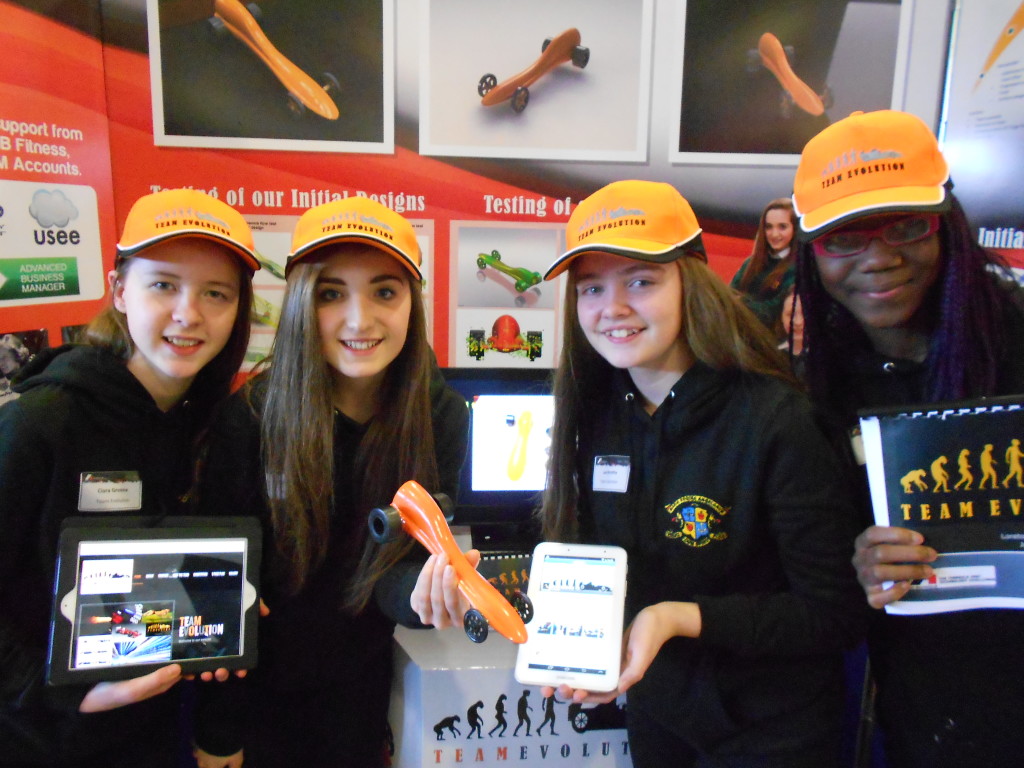