Friday the 17th of November saw the first years of Loreto College Swords venture to Kilmacud Crokes where Loreto Foxrock hosted a blitz for all Loreto schools. The first years from Swords, kitted out in their new jerseys, did the school very proud.

Our first game was against Loreto Dalkey where amazing midfield performances from Sarah Power and Sarah Manning resulted in the first victory of the day Loreto Swords.

The second match was against our Loreto neighbours in Balbriggan. Impressive  first time performances by Elizabet Meijer and Abi Hickey helped the side secure our second victory of the day in sunny Stillorgan. Emma Nagle made some super saves in goals to ensure a clean sheet for her second match. Ciara Greer Isabelle Gannon and Rachel Dowdall assisted in this solid defence  with some class blocking and marking which shut down the Balbriggan attack.

The third match of the day was against the Midland Loreto Ladies from Mullingar.

Sarah Jane Crowley and Niamh Parks  played a great game in defence aided by Zoe Reilly. The trio showed great teamwork and many skilful hand passes upfield to Keelagh Gargan who seemed to be everywhere on the pitch creating some super scoring opportunities.

These performances saw Loreto Swords Win the third match of the day, Our final match was against Loreto on the Green.  Sophie McTernan and Hannah Joyce played forward for this match with Emily Jane Fallon at number 10. These ladies showed great determination to break down a strong Green defence. Ava Grant, Amy O’Loughan, Aoibheann Brady and Abbie Walsh creating many scoring opportunities.

All students had a great day after our 4 successful matches which put us top of the leader board with 12 points.

A massive thank you to the TYs and second years that assisted. Special thanks to Ms Sarah Byrne and Ms. Goucher for coaching the teams. 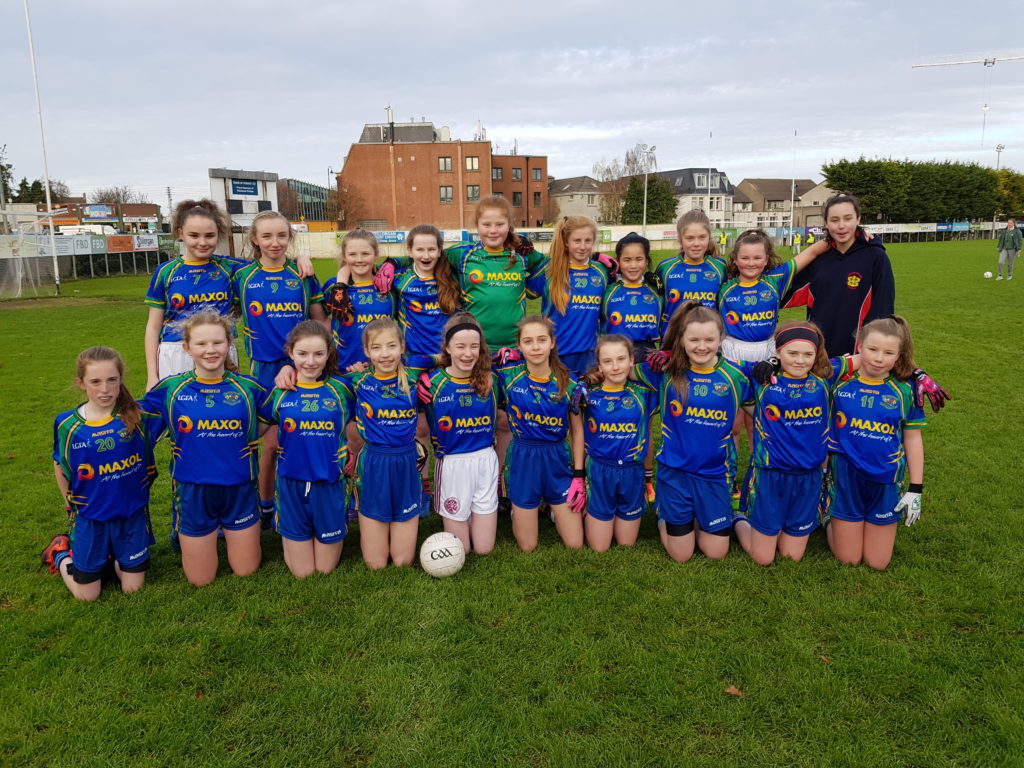