GAA Blitz – 19 April 2016   The U14 ladies Gaelic football team played and won 4 games on Tuesday the 19th of April in St Sylvesters GAA grounds in Malahide. The team are now into the Leinster quarter final which will be played next week.   The team were led by captains, Lauren McKittrick, Orla Phelan and Ellen Grant. 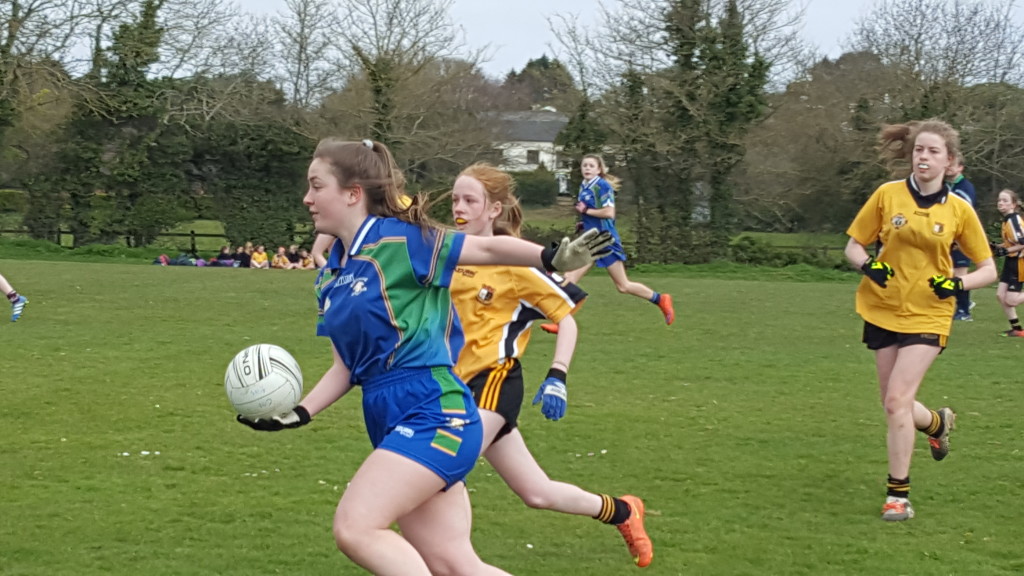 Success for our GAA U14 Team